​Drawing fish is like gazing fish swimming in a clear clean river. It incarnates a carefree and flow movement as well as life energy of coolness. Moreover it reminds me of a valuable book given by a dear friend: The Zhuangzi. 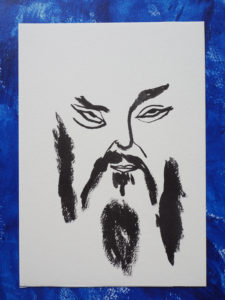 The masterpiece of Master Zhuang or Zhuangzi is an ancient text: two thousand years ago during Zhanguo  Era. Master Zhuang was an important thinker and philosopher of Taoism, which accentuated the ideology of leading a life of freedom. In other words, man should be free any rules. His life should be based or ethnic bravery, knowledge application and understanding of the natural dynamism.

​In the final part of one chapter of The Zhuangzi is a conversation full of sharp and thought-provoking comments between Zhuangzi and Huizi, a politician who enjoyed a debate on logics.

​One day the two philosophers were strolling on a pathway over a river. Zhuangzi told Huizi to look at the fish swimming happily. Huizi raised an interesting issue. Zhuangzi was not fish, so how could he know that fish was happy or unhappy. After they exchange sharp reasons for a while, Zhuangziconcluded that he knew that fish was happy although he was not fish. The main reason was because when he was standing and gazing the fish was swimming far away, he felt happy himself. The sight of swimming fish made him attain calmness and leisure, in short, happiness. 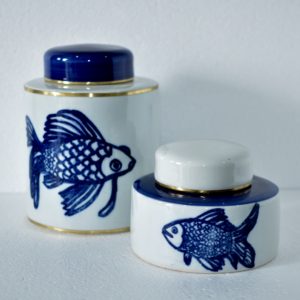 “The sound of water says what I think.”

Although I have yet to understand completely the logic comments and thoughts in the two philosophers’ debate, I can feel calm and happy from gazing swimming fish. The sight of fish makes me attain empty feeling while the brain stops functioning for a while.Such a trance can make me feel calm.

“Emptiness is the fasting of the mind.”

​According to traditional Chinese belief, fish is a kind of auspicious creature. It represents a good luck and prosperity. Moreover there is a legend telling a story of fish brave a fierce storm and gigantic waves before turning into a majestic dragon. The legend is a good source of inspiration for human beings. Do not give up to any obstacles and one day he will achieve the goals thanks to his witty solution of all problems and free mind.

“Flow with whatever may happen, and let your mind be free.
Stay centered by accepting whatever you are doing. This is the ultimate.” 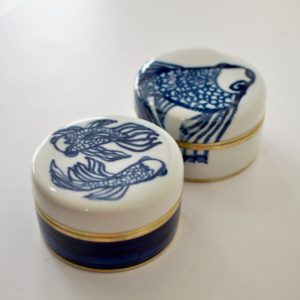 Each of the finish that I draw is inspired by the school of fishes that Zhuangzi stood and gazed swimming happily in the river. They are free and able to conquer despite all the obstacles.​